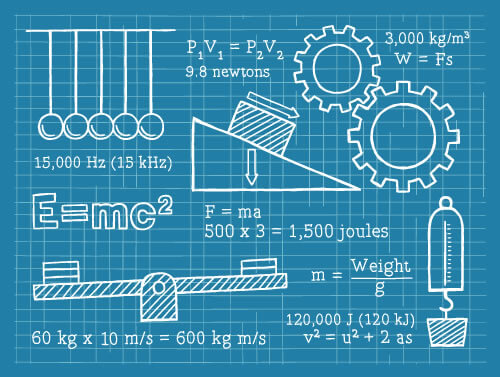 This college preparatory course will use the text Exploring Creation with Advanced Physics, 1st Edition, by Jay Wile.  This course will review the material of the first year of physics and include many new concepts and advanced material.  Several labs will be conducted to illustrate the various concepts.  Algebra, pre-calculus, and first year physics are prerequisites for this course.

Dr. Lewellyn received a BA in Chemistry from the University of Indianapolis and a PhD in Organic Chemistry from Vanderbilt University. After a three year postdoc at Northwestern University, he has spent 39 years in industrial research at American Cyanamid Company and Cytec Industries. Positions ranged from Research Chemist to Research Fellow with 15 years as a manager of various research groups (1994-2009). This was mostly in the area of developing chemical products used in the processing of ores in the mining industry, along with one year in paper chemicals and about 2 years in water treating. Major areas of expertise include the development of new reagents for the mining industry, process development, and scale up of processes for manufacturing. He is inventor on about 18 patents and has published more than 15 scientific articles.

He and his wife Carol homeschooled their two children through high school, where Dr. Lewellyn taught the science courses. He has been involved in church finance in which he served as a church treasurer for about 15 years. He also served on the board and was treasurer for The Nehemiah Commission (Bridgeport, CT), a local ministry for at-risk children. After retirement, he and his wife recently moved to Jeffersonville to be near their son and his family.

View other classes for elementary and upper school or all courses taught by Morris Lewellyn.