Grades 7 - 12
Some information is not shown until you are registered, and logged in with an approved account.

The goal of this course will be for students to develop introductory skills needed for completing school or work assignments using their computer. Specifically, each student will learn to use free applications from Google (Docs, Sheets, and Slides). Assignments will include writing formal papers, developing and using spreadsheets, and creating slide presentations. There will also be an introduction to basic programming, creating web pages, and editing image and video files. Grades will be awarded based on the timely completion of assignments and class participation.

Each student will be expected to bring a laptop computer, Chromebook, or a Windows or Mac tablet with a keyboard to the class. An iPad or Android tablet will be very limited in function. We will be using (free) Google Apps.

This course counts for1 credit as an elective course (4528 Digital Applications and Responsibility, IN High School Course Titles and Descriptions)

Parents who are interested in improving their computer skills may also join the class with their student for no additional cost. 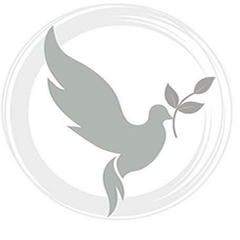 Dave was raised on a farm in the Lanesville area and graduated from Lanesville High School in 1978. He then served for 24 years in the US Air Force where he was as an instructor radar operator during most of his career. This included four years in a formal role as Technical Instructor and instructor supervisor at the Air Force’s radar operator school. He has also led, developed and taught adult and young adult group Bible studies over the past 30 years.

Dave began using and programming personal computers in 1980. In addition to developing several applications for Apple computers, he developed and coded several computer applications used by Air Force units in the 1990’s and 2000’s. He is currently the lead programmer and troubleshooter for the Exponent Content Management System (CMS) software application (www.exponentcms.org) which is used to create and manage many public and e-commerce web sites around the world. He is also a free-lance programmer for Todd’s IT (toddsit.com), specifically programming and updating an online equipment parts web site (store.germanbliss.com). Additionally, Dave has created and manages web sites for several local non-profit organizations.

View other classes for elementary and upper school or all courses taught by David Leffler.